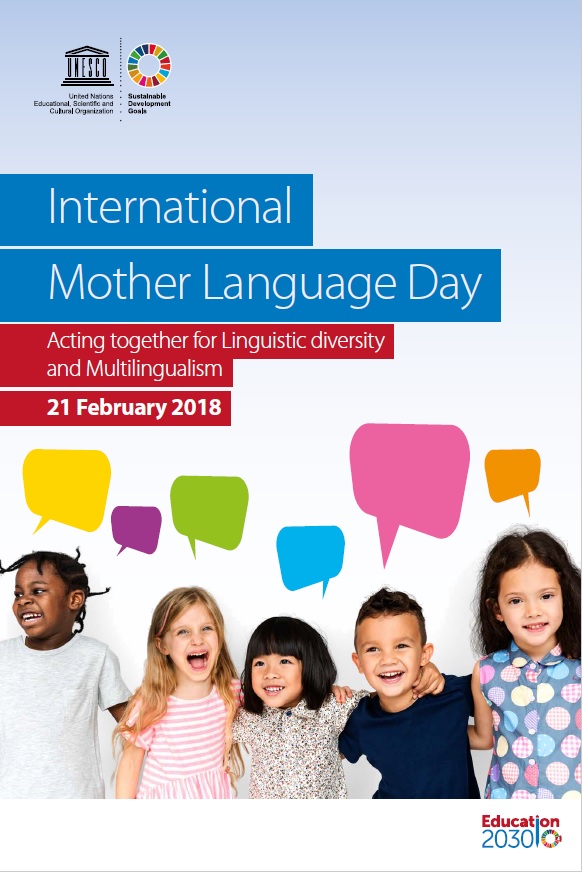 The 17th annual International Mother Language Day (IMLD), observed today (21 February 2016), has as its theme “Quality education, language(s) of instruction and learning outcomes.” Each IMLD has had a theme, and this year’s links mother languages to Sustainable Development Goal 4 of the recently adopted 2030 Agenda, which “focuses on quality education and lifelong learning for all,” and to the implementing plan for Goal 4, the Education 2030 Framework for Action.

According to  Ms. Irina Bokova, the Director-General of UNESCO, in her message on the occasion of IMLD, the Education 2030 FFA encourages “full respect for the use of mother language in teaching and learning, and the promotion and preservation of linguistic diversity.”

IMLD has been observed every year following its proclamation by UNESCO in 1999 (i.e., starting in 2000). IMLD events are organized locally, with UNESCO hosting the main annual event(s) in Paris. There is no definitive list of observances, which probably would not be possible anyway, as some are very small and not widely publicized. Nevertheless, one can get an idea of the range of activities from the internet, via searches or in social media (Facebook has several groups, pages, and event listings – see for example this one).

Although IMLD is international, a fair number of events around the world that are organized by Bangladeshi groups reflect the origins of the observance: In 1952, several students were killed in a protest over language of instruction in what was then East Pakistan, an event that has been marked as Language Movement Day in that country after it became independent as Bangladesh

On the internet there is an IMLD “Tweet in your #MotherLanguage” campaign again this year (first begun in 2014?). It’s not clear what those of us whose mother language is the dominant one on Twitter should do that’s different on IMLD, but there’s always the option to (re)tweet something in another language.

The 11th observation of International Mother Language Day takes place today. There are some events that follow in the next couple of days and I’ll post on those separately.

As part of the observation of IMLD and the ending of IYL, a revised version of the UNESCO Atlas of the World’s Languages in Danger was unveiled on 19 February. It includes an online, interactive version.

Yesterday, 20 Feb., there was a panel marking IMLD and ending IYL. 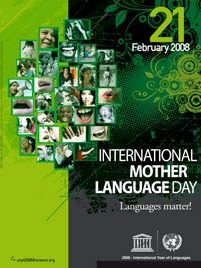