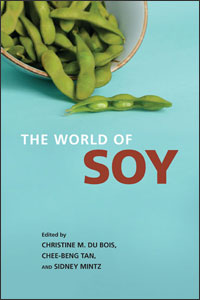 2 thoughts on ““The World of Soy” due out soon”