Below are two separate items (not articles) posted to LinkedIn in April & May 2017. They each consist of a link plus a brief discussion. The theme again is aspects of the job market in the wake of automation.

In my developing perspectives on changes in the job market, one of the aspects I would have thought would be more immutable is the role of the interview. In an age of automation and potential applications of AI, wouldn’t opportunities for face-to-face interactions would make something like the job interview more essential? However, this interesting piece questions how useful job interviews actually are. Worth the read. A take-away is that probably all aspects of how we find and fill positions need to be re-examined – not just a question of applying technology to change this or that aspect, but one of engaging a paradigm shift.

Tabnex’s slogan in this image (from Twitter) – “Recruiters talk to each other. Shouldn’t their tools do the same?” – seems like another step in the direction of an AI-powered job market. However, it is one that also highlights the growing gap between what is being developed for recruiters on the one hand and for job seekers on the other.  Job hunters are of course part of the picture in what companies like Tabnex are working on, but apparently under a paradigm where the software may do things on behalf of the job seeker / applicant (or to the data representing them). The next step should be apps that people seeking employment can use to manage their own search, automate application processes, and “talk” to recruiters’ tools. 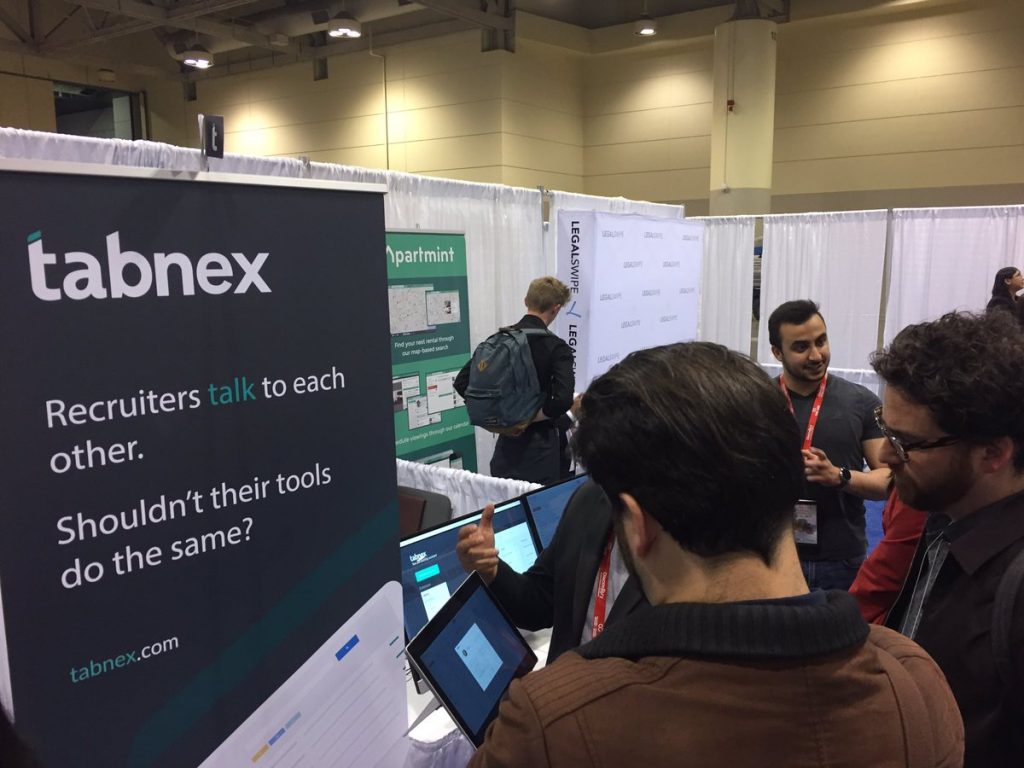