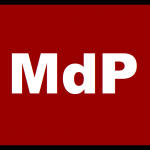 I’ve just changed the theme template of this blog to give it a different look. This is the first change of appearance since I started it just over 10 years ago.

The three columns are retained, though in a different arrangement. The rest of the blog is basically the same, though some minor changes will be necessary in the coming days to how some information is presented.

The change also represents an update to a theme that is actively maintained – a consideration for security reasons.

This year has been one of some personal transitions, hence less posting on this blog than originally planned. As 2017 comes to a close, I wanted to touch on a couple of topics among several related to the blog content.

First, 2017 is the U.N. Year of Sustainable Tourism for Development. Usually I try to get out quick mentions of such observances early in the year, but this time had planned a longer treatment mentioning two places I know in different ways – Djenné, Mali and Lijiang, Yunnan, China. That material will have to come out later in different form. However the topic of this year will remain important even as the calendar changes.

Early in the year, I posted several “why are we doing this?” (WAWDT) questions about policies that seemed ill-considered. That is, beyond the level of agreement or disagreement on particulars, but questions about the soundness of decisions from whatever viewpoint. Very quickly it became apparent that any attempt to continue such inquiries would become all-consuming. That in itself is a comment. In any event, I’m not planning any further WAWDTs for now.

Looking forward to a productive 2018, and sharing ideas and information here on Multidisciplinary Perspectives.

With the previous post I introduced two new categories to this blog, both of which represent interests, experience, and areas for exploration (although not necessarily formal expertise):

I’m also adding two others that will eliminate use of the default category “Uncategorized”:

There will also be some upcoming minor revisions of the pages listed in the header.

I’ve moved the page in header for my other older blog, Beyond Niamey, under Other blogs. Also under the latter is a new page listing articles and some smaller posts made on LinkedIn, which are being copied over.  The latter is kind of an archive, since content and features on such social media sites can disappear.

After a long hiatus, I am resuming this blog. The reasons for leaving off had to do with a combination of factors – other priorities and technical issues related to falling behind on updating the WordPress.org software.

Updating a really out of date installation (2-point-something to 4.3.1) proved to be less daunting than some sites suggested – including advice to upgrade to an intermediate version before another upgrade to the current one. What I found was that by following the steps for manually updating outlined on the WordPress Codex site, the whole process took around an hour.

Earlier this year I did a brief experiment with reviving the blog on donosborn.WordPress.com, an account established some years ago but never previously used. Despite the convenience of using that service, however, I found I preferred to manage the blog on my own site.

This blog will continue on the same areas (see “Categories” on the right), with an additional focus on policy and planning. Also, the agriculture category does cover food as well (although I may not change the category name).

Finally, with this blog live and again browsable and searchable, I was curious to see who else was using the term “multidisciplinary perspectives” and how. I don’t recall having done this before choosing the name for this blog – it just seemed appropriate, even if a bit generic. It turns out that quite a number of scholars from diverse fields have used this term in titles of articles and books, since at least the early 1980s but much more frequently in the last 5-10 years, certainly reflecting the growing importance of interdisciplinary collaboration. A list (alphabetical by title) of some of those titles follows to give an idea of the range and evident popularity of use:

I briefly restarted this blog on the donosborn.wordpress.com site that I had reserved in 2008 but not used since then. This was the first post on that site, which now serves as a mirror for the blog. This post is reproduced here to keep the same content on the two sites.

In 2008-2010 I maintained a WordPress blog entitled Multidisciplinary Perspectives on my personal website, donosborn.org. This is a renewal of that effort, which covered a range of topics of personal interest, and complemented my other blog, Beyond Niamey, which focuses on African languages in the “information age.”

The original purpose was as a place to post on several areas of interest and action that were outside the scope of the Beyond Niamey blog. Ive modified these slightly (adding “food” to ag, and an additional item on planning, policy, and theoretical perspectives)’:

The articles posted on the original edition of the blog had the following titles, which together give an idea of the topical range I had and hope to resume:

Aside from the two on the long-tail of languages re-upped on the Beyond Niamey blog, others can be read on the blog itself, which is back.

Present plans are to use this WordPress.com site for the time being, and maybe revert the original blog at a later time (aside from current technical issues there is the question of sustainable maintenance).

The original Multidisciplinary Perspectives has indeed been brought back, and this site now serves as a mirror for content from it.

This is my second blog. The first one – “Beyond Niamey” – began as an experiment. I was interested to see what I could do with the medium, and how I might show use of multiple languages (mainly French, Fulfulde/Pular and Bambara). Ultimately I have used and continue to use that one intermittently to (1) post about some of my work, (2) write on African languages and the information society, and (3) as a place to aggregate recent postings from a number of lists I contribute to.

This blog is to be another experiment, as a place to post on the several professional and disciplinary areas I am and have been involved in, and the connections among them. Namely: