Researching some details for a forthcoming post, I ran across a number of acronyms, several of which are used mainly in Europe, describing languages disadvantaged in terms of numbers of speakers (often referred to as minority languages), profile in education, status (official and social), and resources to take advantage of technology. 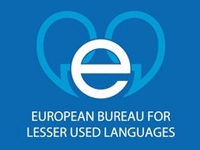 The best known of the acronyms for description of the size and status of languages probably is “LUL” for “lesser-used language.” It is, for example, part of the name of the European Bureau for Lesser-Used Languages, a once prominent NGO in language policy and planning.

A variant of LUL is “LWUL” – less widely-used language” – and an acronym similar to the latter is “LWSL” – “less widely spoken language.” Without having seen an explanation as such, one imagines the “less widely” formulation is in recognition that a language might actually be “more used” among a small population, meaning LUL would not be completely accurate.1

None of these – LUL, LWUL, or LWSL – appear to be commonly used, even though they all are near to the opposite of “LWC” – language of wider communication – which is a term used in discussions of language documentation and planning.

In fact, the lack of a globally accepted way to refer to languages that aren’t LWCs was part of how I got interested in this topic. I actually used LWSL in an early (2008) posting on this blog and also proposed my own coinage,  about which I will write in a following post.

In any event, there are at least three other acronyms, two of which are based on the above, which bring in the notion of how commonly taught the languages are. Aside from the first one listed below, the others do not appear to be … widely used:2

As should be readily apparent, the latter two combine LCTL with some aspect of LUL/LWUL/LWSL.

Since all of these acronyms spell out terms beginning with “less,” I should add another to the list: “LRL” – “less-resourced language.”9 This term, and more rarely the acronym,10 is used at the intersection of languages and information and communication technology to refer to a small level of published and digital materials that could be used to develop language technologies for them. (Like LCTL, its use is not primarily in Europe.)

So there you have it – a set of seven  acronyms beginning with “L” for terms describing at least three largely overlapping groupings of languages: relatively small in numbers of speakers, not frequently taught in schools, and not having much in print or digital format. Issues of status – lack of prestige and/or official role – may be (but are not always) crosscutting factors in these.

1. However, the French translation of EBLUL – Bureau Européen des langues moins répandues (and not moins utilisées)- already puts the emphasis on how “less widespread” these languages are.
2. The following presentation slides were helpful in identifying acronyms featured in this post: Luciana Oliveiri, “Language policies at European universities for less widely spoken and less widely taught languages,” 6 June 2012 (via Issuu.com)
3. Three sources, for example, all expand it this way: Oliveiri (op cit); a Wikipedia article (accessed 24 Nov. 2019) mentioning the EU Lingua program that used LWULT; and the AcronymFinder.com page on the acronym.
4. European Community Law, Kluwer Law International B.V., 1995, page 285.
5. Wikipedia (op cit) and European Community Law (op cit)
6. European Commission, Comenius School Partnerships, handbook for schools, Office for Official Publications of the European Communities, 2008, page 8.
7. Oliveiri (op cit)
8. Erich Prunč, “Priests, princes, and pariahs: Constructing the professional field of translation,” in M. Wolf & A. Fukari, eds., Constructing a Sociology of Translation, John Benjamins, 2007,  page 45.
9. Another formulation is “under-resourced languages.” There was at one point criticism of these terms analogous to those that moved us away from referring to “less developed” and especially “under-developed” countries, but I’m not sure where that is now – LRL still seems to be current in the field of language technology.
10. See for example at: Zygmunt Vetulani, ed., Human Language Technology. Challenges for Computer Science and Linguistics, Springer, 2011,  page vi; and a 2017 CFP, “Language Technology for Less Resourced Languages (LT-LRL) 2017 Under 8th Language & Technology Conference.”

One thought on “LUL’d awake”